(To make Citrus Brine:- Mixture of any citrus fruit juice and 60:40 percentage sugar to salt)

3 Step Crumbing of the wings

Use low heat for the oil. Set at 120 degrees to allow the chicken to fully cook without charring the crumb layer.

My personal best version of this sauce is a combination of the following:

Bring all the above ingredients to a boil, whisking until a thick but runny texture is achieved. For the final plating, toss the crumbed wings, coating with BBQ sauce and sprinkle the toasted sesame seeds as you toss. Finish off on the plate with micro Coriander as the garnish for some freshness.

Art of the Ordinary – Contemporary Art

We’ve begun to raise daughters more like sons… but few have the courage to raise our sons more like our daughters. ~ Gloria Steinem

For years tension has been building between the sexes, a battle line has been drawn, and if we are being honest, noone knows when this happened. It is evident in movements like the Men’s Rights Movement and the christened ‘Third Wave of Feminism’. Somehow it has become a ‘Men vs. Women’ world in a reality where we honestly need each other to evolve and survive.

In a past article I spoke about how of late we tend to make everything about gender; a man behaves badly, it’s because he is a man. If a woman abuses her spouse, it is because she is a woman and privileged. In our bid to simplify the issues each sex meets in life and figuring out who’s to blame, we have cultivated so much contempt and mistrust. According to actress, Emma Watson, “It is time that we all see gender as a spectrum, instead of two sets of opposing ideals”.

I recently had a conversation with an educated lady who pointed out a huge factor in the case of the modern woman and man. Men and boys were never prepared for the empowered, educated and powerful woman point-blank. Think about it; when you are born into societies where two parties hold such suspicion and resentment towards each other, what happens when we try to evolve and grow? Further misunderstanding and skepticism, and the game of broken telephone continues.

Whether it be in the African setting or European household, women have generally played the subservient role; treed away from major roles in powerful spaces like politics or law enforcement, asked only to entertain with their feminine appealing looks, and valued for procreation.

With the rise of feminism, women were encouraged to be just as daring as men, confident, and commanding. Women started entering the workforce, voting, started businesses… oh what a time it was! However, no one thought to prepare boys and men for this evolution of the woman, and unfortunately, it has ended in a stand-off.

The modern-day educated and working woman is often persecuted and made to feel guilty for having aspirations beyond a household and a spouse. Speaking from an African perspective, I will go as far as to say the modern woman is seen as less than. I have been genuinely warned to not get ‘too educated’, as I will be hard to marry off.

On a social level, boys and men have and are still being taught that to be a ‘man’, a woman or several have to be at their mercy, inferior, and often in a position of humiliation. A woman being intelligent and insightful is equated to a man being less than. One would think that logically, having a working and educated wife would add to the quality of an ideal spouse and life partner. Many households are plagued with violence of all kinds created by insecurities which young boys are taught and carry into adulthood.

The tension has gotten to a point where women are either taking too long to marry, or forgoing the experience altogether. Such actions will have ramifications on society, but the biggest question is whether they will be positive or negative? One asks, “Ok, we have identified the issue, now how do we correct it?” The truth is that the fix is tedious, and it requires dedication from parents and adults around young boys. In the famous words of Chimamanda Ngozi Adichie, “Culture does not make people. People make culture.”

The perception of the opposite sex and the dynamics of man and woman are topics taught from the tender stage of infancy, hence the nuclear family unit is where the work should start. Boys should be taught that it’s ok if a girl is better than you in a sport or at a job, her capabilities shouldn’t translate to your self-worth. “We’ve begun to raise daughters more like sons… but few have the courage to raise our sons more like our daughters,” says Gloria Steinem.

Let us be brave enough to teach boys to not see girls as the benchmark of weakness and inadequacy. Teach boys to not to be sore losers who rather than be motivated to do better next time, lash out at girls and women who excel. Let us make phrases like ‘throws like a girl‘, ‘fights like a girl’, a positive thing; if I am a girl, how else am I to throw, fight, etc.?

Zambian professional soccer star, Barbara Banda made history at the 2021 Olympics in Tokyo by becoming the first woman to achieve multiple hat tricks in a single Olympic event.

They say it’s better late than never. The month of August’s significance is one that originated in South Africa after more than 20 000 women from all walks of life united in a mass demonstration walking towards the Union Buildings in Pretoria.

The strength and audacity exercised by women like Helen Joseph and Albertina Sisulu on August 9th 1956 are virtues that young African and black women alike can look up to in today’s world. For this year’s just ended National Women’s Month, I would like to shine a bright light on the black girl magic that has been going around in Africa and around the globe lately.

It is the time of the black woman to shine, not to say she couldn’t before, but the world right now is giving black women, as they say these days, ‘their roses while they’re alive to smell them’.

I will kick off this magical show with a feat I am sure many will agree is a game-changer. Kamala Devi Harris, the 49th Vice President of U.S.A. This biracial black woman of South Asian descent is moving in circles which women with any trace of melanin complexion couldn’t even dream of being included in for centuries. Harris’ position as Vice President of the most powerful nation on the planet gives women of colour, old and young, a sense of pride.

Her success also gives us another platform to discuss and grow; Harris’ sex and race are not all she is but they play a large role in the world she lives in. With time we can only hope the novelty wears off.

Zambian professional football star, Barbara Banda made history at the 2021 Olympics in Tokyo. She has become the first woman to achieve multiple hat tricks in a single Olympic event. The Zambian Women’s soccer squad’s captain is the first African woman to achieve a hat trick in Olympic history ever. Furthermore, she now holds the women’s record for most Olympic goals scored by an African. The 21-year-old is a striker who began her professional career in 2018 playing with Logrono in Spain; she scored 16 goals in 28 games. Banda came to the Olympics an unknown, but has left a name for the history books.

Earlier this year we were impressed and elated to learn that the Miss South Africa pageant would be opening its doors to Transgender participants. Lehlogonolo Machaba took this invitation and ran with it, becoming the first openly transgender participant to make the top 30 of the competition.

“Everything I do as a dark-skinned, transgender woman is a statement. My mere existence in society is threatening, and there’s a lot of closet transgender women who are afraid to come out in fear of receiving hate and even worse, being killed. By doing this I am helping all those women to know that there’s still hope and the world is changing for good, slowly but surely,” Machaba said.

Machaba works as a model booker at Invade Models, and is also the founder of the DeMollies fashion brand. She has a Diploma in Fashion Design technology from the Tshwane University of Technology.

Hailing from the western African nation of Nigeria is innovator and businesswoman, Oluwayimika Angel Adelaja. Adelaja’s two businesses Fresh Direct Produce and We Farm Africa are innovating farming technology, a feat that couldn’t come at a better time considering global warming and all. Adelaja is leading the crowd with her revolutionary stackable container farms that ease the strain on land use and opens up the world of fresh quality food to urban populations.

In the world of poetry, Dasha Kelly Hamilton is the first black woman to be named the Wisconsin Poet Laureate in its 20years of existence. Her primary objective as the award holder is to be an ambassador who encourages poetry throughout her tenure of 2years. Hamilton will be receiving a stipend of US$2,500 and a residency at Shake Rag Alley Centre for Arts in Mineral Point.

Brenda Katwesigye saw something broken in a system and set out to correct it; the result is Wazi Vision. The Ugandan native became concerned with the high cost of eyecare back in 2015 during a personal visit and launched Wazi Vision in 2016. Wazi Vision provides free eyes tests at schools and rural areas; the startup has even developed an app that incorporates virtual reality in visual tests.

The company also uses recycled materials in manufacturing their glasses which cuts the cost of glasses. In 2018, Wazi Vision was named in the Forbes Top 60 Woman-led Startups that are shaking up Africa, and Katwesigye was named as one of Quartz Africa’s top 30 Innovators. I could go on and on, black girl magic is upon us, and backwards never my melanin beauties.

The Strength Of A Woman – Celebrating National Women’s Month

To be a woman is to reject being known as a strong woman, because our value goes beyond our expectation to be confronted by pain.

You are most of the time overlooked, undermined,
stifled, frustrated. Scorched by fire, dipped in water;
yet pressure does not end you, it elevates you to
your fullest potential.

This does not mean that to be a woman means
pain is romanticised. To be a woman is to reject
being known as a strong woman, because our value
goes beyond our expectation to be confronted by
pain.

To be a woman means to feel things deeply in
their entirety, to be at one with the earth and how it
works. After all, it is through us that great men and
women continue to be born, and to take their place
on this earth.

Woman means beauty, strength, community,
trendsetter, lover, and fighter. To be a girl child and
a daughter, means potential and endless possibilities.

The privilege of standing on the shoulders of
giants, a community of other women; women who
have paved the way for you to live without any barriers – ever-changing, limitless and fluid.

No person alive can put a lid on the power of woman. 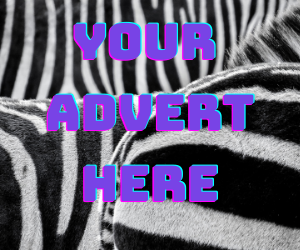 Mirroring The Times In Sculpture With David Ngwerume

Kushatha Moesi Talks About Being A Young Female Farmer in Botswana